Our Doctors and Staff 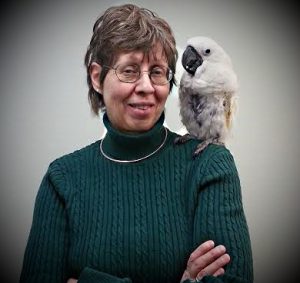 Owner, Veterinarian
Dr. Pinello started River Road Veterinary Clinic in 1985 in Norwich, VT. She is a native of Bethel, VT and has a B.S. in Animal Sciences from the University of Vermont and an M.S. in Botany from Iowa State University. Before attending Cornell Veterinary College and graduated with her DVM in 1982, she worked doing product development of a yeast identification system for API. Dr. Pinello is also a certified acupuncturist and incorporates alternative medicine into her practice by practicing acupuncture as well as dispensing herbal remedies in combination with traditional treatments. Dr. Pinello enjoys riding her horse, Poppy, and spending time at her house in Norwich with her mosaic chinchilla, two cats and two dogs. Dr. Pinello is very passionate about botany, and the clinic boasts an amazing flower garden. Handpicked flower bouquets can often be found in the clinic. 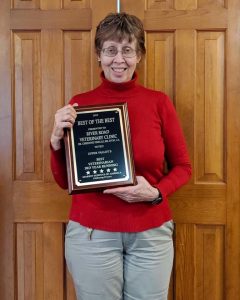 Dr. Pinello has been recognized as the Upper Valley’s Best Veterinarian for 3 years running. 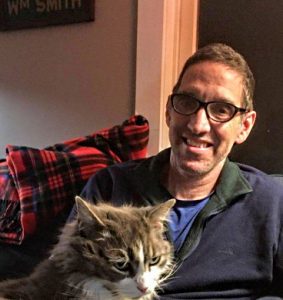 Dr. Dutton grew up with horses, and has a diverse career in large animal medicine, dairy management, teaching in academia, and small animal practice. Dr. Dutton studied at Middlebury College. He attended the University of Pennsylvania School of Veterinary Medicine and graduated in 1993. During the week Dr. Dutton works with dairy farm technology to improve animal health. However, on Saturdays he comes to River Road Animal Hospital because he loves clinical work, the people of the Upper Valley and pets. Dr. Dutton lives in Sharon, Vermont with his wife Elizabeth and two cats, Napkins and Louie. He enjoys spending his time with family.

Dr. Charles Berger received his DVM from Cornell Veterinary College and proceeded to be the owner and medical director of Campus Veterinary Clinic in Berkeley, CA for 35 years. Dr. Berger has extensive experience with wolves as he served on the Board of Directors and was the veterinarian for the largest collection of captive wolves in the country. He also served on the Board of Directors of the International Sled Dog Veterinary Medical Association and has been the veterinarian for the Iditarod, Yukon Quest and over 30 other sled dog races. Dr. Berger is currently retired and enjoying his time traveling on international adventures, but is a vital member of the RRVC family. Dr. Berger loves traveling to remote areas, meeting people from different cultures, and seeing local wildlife. Some of his latest travels include Brazil, Alaska, and visiting with children in Uganda. He also occasionally lectures for Viking Cruises. 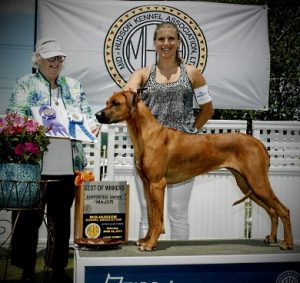 Deborah was raised in a family of 12 children. In addition to multiple siblings, her family had many dogs, birds, rats, rabbits, snakes, a horse and other various wildlife, including a pet woodchuck and squirrel. She was homeschooled until 10th grade when she was enrolled at South Royalton Highschool. After high school she attended Coastal Carolina University where she ended up with a scholarship from track and field. She competed mainly in javelin, where she held the Big South conference record for javelin. She was also the only woman to win the conference meet 3 years in a row. Deborah graduated with a bachelor’s degree in business management in 2011. Deborah has always had a passion for helping animals and in 2013 she started working at Myrtle Beach Animal Hospital. She moved back north in July of 2014 and joined our clinic a few months later in October. Currently Deborah shows and breeds Rhodesian Ridgebacks. Her kennel name is Supernova Ridgebacks. She has 5 dogs; a 12 year old Rat Terrier named Bella, a 10 year old Ridgeback named Nala, a 7 year old Beagle mix named Lola, a 4 year old Ridgeback name Nova and a 1 ½ year old Ridgeback named Lyra. 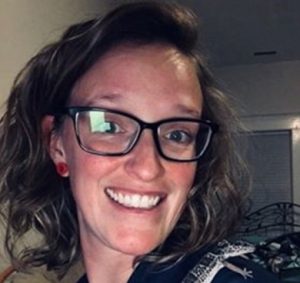 Christine moved to Vermont a few years ago from South Carolina. She is loving living in the north with her two sons. She also has two cats and a Leopard Gecko. Christine graduated from Penn Foster College in 2009 with a Veterinary Assistant degree. Christine loves interacting with all the animals she sees here at the clinic and especially enjoys working with cats, reptiles and pocket pets. She is hard-working and very dedicated to learning as much as she can about being a great veterinary technician. In her spare time she enjoys any sort of outdoor adventure, especially biking or hiking with her stepmom’s Catahoula mix dog. 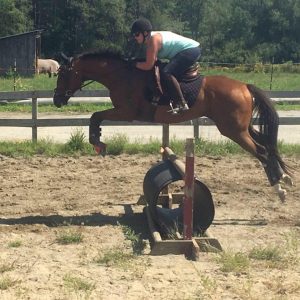 Mary Brouillette graduated from the University of Vermont in the spring of 2014 with a bachelor degree in animal science, and a minor in community entrepreneurship. She was fortunate to work at Windsor Vet and Dental clinic which has an emphasis on dental hygiene. This allowed her the opportunity to learn a great deal about dental health. In Mary’s free time, she can be found helping at her father’s equine boarding facility of Brookside Farm in Wilder, VT. Mary has always been interested in horses and has been riding for over 20 years. She enjoys her horse, and her three dogs: pitbull mix, a chocolate lab, and a blue nose pitbull. Mary also enjoys teaching riding lessons to adults and children. 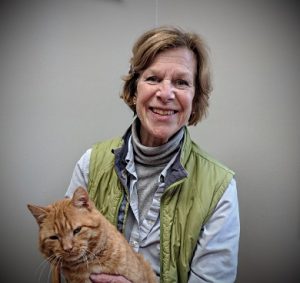 Mary moved to Norwich, VT 40 years ago from Pennsylvania. She moved here initially with two small children and one chicken. Over the years she has had the pleasure of owning dogs, cats, horses, sheep, cows, turtles, squirrels, and a crow. Her love of animals enticed her to work here at River Road Veterinary Clinic. The ever-changing atmosphere here at River Road Veterinary Clinic is what Mary loves most about her job! 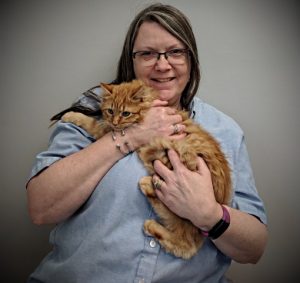 Carol has lived in the Upper Valley region of Vermont and New Hampshire all of her life. She and her husband now live in Cornish, NH and are raising two steers, chickens, two dogs and four cats. All four of their children are scattered across the United States in Washington state, Los Angeles, and one just recently returned from Alabama. Carol graduated from New Hampshire Community Technical College (now known as River Valley Community College) in 2008 with an as a Registered Nurse, while all four children were still at home. She also completed a Veterinary Technician Certificate program. Carol has been at River Road Veterinary Clinic since 2011, and she continues to work part time as an RN at Kendal of Hanover. She enjoys the variety of seeing different species in veterinary medicine.